XI JINPING, THE WORLD ACCORDING TO XI JINPING
A film by Sophie Lepault and Romain Franklin

This investigative documentary has the ambition of to analyze in-depth the character and the project of a prominent leader of the 21st century for both China and the world.
January 15th, 2017 will remain etched in stone in history. « Big Daddy Xi » emerged from the shadows. The place is Davos, Switzerland, the biggest economics forum in the world. This year the American chair was empty. The master of ceremonies was Xi Jinping, China's president for 4 years. The leader of the world's biggest communist country is giving lessons in economic liberalism to the rest of the world. Everyone discovers China's new face. Never before has a Chinese leader taken such a central role on the international stage. Xi Jinping takes a stance on all of the sensitive issues and commits to them : the nuclear crisis with North Korea, dominance in the China Sea, COP 21, etc. He cannot be ignored.
Behind an affable exterior, a war machine is on the move to make the « Chinese dream » come true, a vengeance so hoped for by an entire people to see a proud, all-conquering and imperial China on the front scene. With the launch of the « new silk roads » and the program « destination moon », Xi Jinping is weaving a web of planet-wide infrastructures, unparalleled in human history, a set of projects so titanic, so outrageous, so dizzying that the rest of the world is having a hard time understanding its scope. Within China Xi Jinping is the focal point of all powers, simultaneously carrying out a political purge, a nationalistic campaign and a pitiless fight against all pro-democracy Chinese. It is an apparatus of censorship and the world's most effective regime of repression. So, who is this man who is about to take his own vengeance and the vengeance of an entire nation? How is he trying to replace Mao in the hearts of the Chinese and how is he maneuvering to buy respectability in the eyes of the international community? What will be the price to pay for the Chinese and the rest of the world? 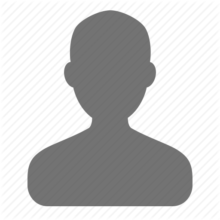 By smartly combining the absence of ideology and the power of both data mining and digital campaigning Canadian Prime Minister Justin Trudeau embodies the « 21th century liberalus homo politicus ». The advent of Donald Trump has awaken a debate in Canada. Is this young, bright, politically correct and good looking Prime Minister well prepared to lead a fight of this magnitude ?