TEACHERS - A film by Charlotte Leloup
In her vocational school in Nantes, Karine still wants to believe in spite of pressure, social misery and new difficulties. In the south of France, Thomas, no longer believes it. Unlike him, his wife Céline -director and primary teacher - chose to live his job as a mission. But at what cost ? Can teaching still be a vocation? In the Val d'Oise, David did not come out unscathed from his 12 years of kindergarten in a sensitive area. By asking for his transfer to a quieter school, he chose to save himself. In Picardy, Emmanuelle professor at the college holds because she is angry at a system that leaves children on the floor. She testifies to an institution that sinks and refuses to be resigned, for her students first and also for her. Meet these hussars of the Republic aware that their job is not what it was. They testify openly to try to put words on a daily that has changed. 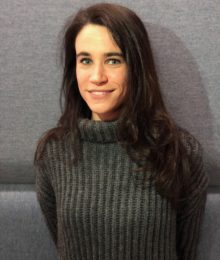