Between 1960 and 1962, 14,000 Cuban children were flown out the country. Alarmed by dark rumours on Castro's intentions for the island's young ones, many parents sent their offspring away to the United States, to save them from the communist threat. According to these rumours, which the Catholic Church actively helped spreading across the land, Fidel Castro and his government would soon « nationalize » the children and send them to the Soviet Union to be educated there. What was the social and political context which led the parents to believe in such a threat? As the Cold War was at one of its tensest point, the degree of involvement of the CIA was questioned: mere logistical support or psychological warfare? This mass exodus has a name: Operation Peter Pan. 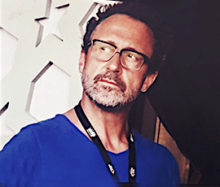